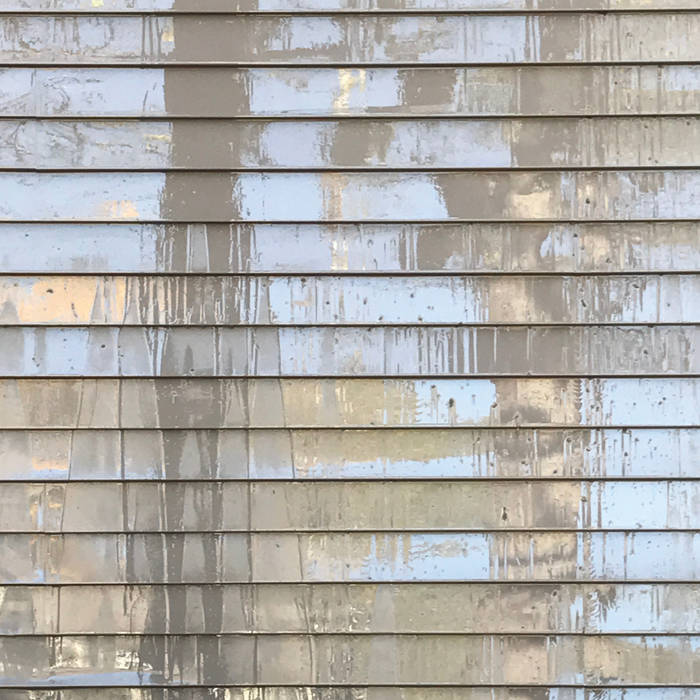 James This album breaks my heart. Along with Changer and All Are Saved, Fred has been making the best songs of his career. Favorite track: Ridiculous Landscapes (featuring Common Holly and Dominic Coppola).

Isaac Levine A record for the end of the end of an era era. Feels like the lucid last bout of a depressive episode before you wake up and forget why you were upset. So good.

Fred Thomas had been making music nonstop for years when a seismic shift in his creative process happened in 2013. Something mystical opened up in the fall of that year and the prolific songwriter moved from his already emotionally open style into an unprecedentedly direct and vulnerable lyrical approach as well as new levels of detail-fixated production. The songs took on ​a ​new urgency​, inspired by a feeling that life was beginning afresh while at the same time a lifetime of experiences were cementing into worlds of memory.​ ​The results of that creatively eruptive time began with 2015's critically hailed album All Are Saved, continued into the turbulent pop of 2017’s Changer and now ​float​ into Aftering, a record that feels like the final chapter of an unofficial trilogy.

Just as the two before it, Aftering was produced, mixed and assembled on location in a close collaboration between Thomas and Athens, Georgia based engineer Drew Vandenberg. All cut from the same cloth, Aftering ties the knots that connect all three records. Where both All Are Saved and Changer flitted nervously between moments of jangly powerpop,​ electronic​ interludes and experimental acoustic weirdness, Aftering maps out a far more intentional arc, burning through a first act of ​speedy​, hook-h​e​a​vy guitar ​rock before taking a sharp, brutal dive into an abyss on the album’s second half.

Modeled loosely after Neil Young’s On The Beach, the nine songs here move from ​jumpy ​two minute blasts into a suite of ​four ​protracted​ and​ moody ​interconnected ​pieces​.​​ At first, ​Thomas' signature mesh of soaring melodies and experimental pop keeps things upbeat even when burying intense topics on songs like "Alcohol Poisoning" or in the post-election unrest of "Good Times Are Gone Again." ​Beginning with 8-minute fever dream “House Show, Late December,” the ache​ that sits ​in the core of the ​album comes to the surface completely. From here guitars almost vanish from the instrumentation​ and​ the focus shift​s​ to tightly arranged strings, ominous synth​s​, ambient waves and ​spoken ​lyrics somewhere between poetry and desperate confession​. ​These longer songs drift in and out of each other slowly, drowning into their own lush darkness and heavy observations on anxiety, family and emotional abuse. ​

Connecting all three albums to an even deeper degree, Aftering finally realizes loose threads that began on earlier records, and calls on special guest​s​ from all phases of ​Thomas'​ life. Anna Burch returns to sing on ​buoyant ​single “Altar” and longtime friend and collaborator Elliot Bergman helps sculpt the ​crystalline​ vibe of album closer “What The Sermon Said.” Newer friends show up as well, with members of Bonny Doon, Common Holly, Deadbeat Beat and other artists ​Thomas connected with through years of touring showing up in supporting roles over the course of the record. Wolf Eyes member and noted memelord John Olson even contributes some fried horns and electronics.

More than anything, Aftering calmly sets down the restless questioning and turmoil of the trilogy. Instead of landing on any tidy conclusion or neatly wrapping up a thesis, the album illuminates the themes of observation and acceptance that have run throughout ​Thomas' work for the last five years. Aftering reflects on an answerless and uncertain future, trying to make sense of it through scattered memories that flash like mental postcards. A sense of larger, universal ​dread ​refracts through these moments of searching. Ultimately, it’s not the dark times or bleakness that lingers, but a sense of connection and hope that comes from trying to communicate them as honestly as possible. Aftering, like the chapters that came just before, can feel sometimes​ painful, but there’s a clarity and beauty that’s always there as well, equally bright in even the darkest moments.